Phillip Kaufman, a court reporter and firm owner in Lafayette, Louisiana approached Chad Theriot in 1996 with the vision of using Dragon NaturallySpeaking to write text in realtime using a Stenomask and a computer running Dragon and a customized program that he hoped his old fraternity brother, Chad Theriot could write for him.  Chad thought that it sounded interesting and began writing the software immediately.  In the early spring of 1997 Chad approached his sister, Adria Theriot-Johnson to ask if she would be interested in writing the documentation and taking sales calls for the fledgling company.  Adria agreed and just before the first demonstration of the first version of SpeechCAT, AudioScribe was incorporated in June of 1997 by Phillip Kaufman, Chad Theriot and Roy Theriot, the financier of the whole operation, as owners.  At the time Adria was the only employee. Mr. Kaufman was bought out eventually, choosing to focus on education of Voice Writers as well as his court reporting firm.  Chad Theriot, though president of the mother company, cbm technology, remains the Chief Technical Officer at AudioScribe and Roy Theriot has been the sole owner of the company for many years.

Adria Theriot is now the president of AudioScribe and though the company grew to 17 employees strong at one point, the company is back to its relatively small size which is absolutely our preference.  Michelle Guilbeau joined the team as the first support technician aside from Adria and has worked her way up to Vice President having now been with the company for 21 years.  Liz Duhon joined the company as Comptroller and has been the perfect fit.

Eventually AudioScribe advanced to offering solutions for Broadcast Captioners with the help and knowledge of Christine Ales, long-time customer and the first voice writer to break into the fields of CART and Captioning.

AudioScribe always has been and always will be focused on quality products and unequaled customer service.  We understand that in these industries that generating accurate realtime text and how well they understand and deal with the highly technical nature of the field; the writer cannot do it alone – the relationship with technical experts must be paramount.

AudioScribe is committed to excellence and the evolution of SpeechCAT and all of our applications. 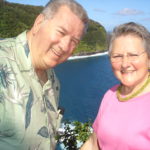 Roy and Hazel Theriot are the owners of AudioScribe. 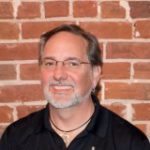 Chad Theriot has over twenty years of experience in designing, developing and implementing software applications. He is also well-versed in hardware, web applications, wireless technologies and radio frequency technologies.  He was co-founder of AudioScribe and serves as Chief Technical Officer.

He is fluent in many of the common programming languages used today. He has designed, developed and implemented specialized software for UPS, the Houston Transit Authority, the British Columbia Transit Authority, the Kellogg Corporation, Falcon Drilling, Johnson & Johnson and various Sugar Cane Mills across Louisiana.

Chad Theriot is actively involved in the Acadiana area. He currently serves on the Board of Directors for the Better Business Bureau of Acadiana and Habitat for Humanity.

Chad is married to Janet and has three children and two grandchildren. 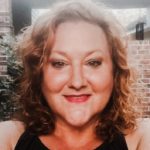 Adria currently serves as the President of AudioScribe.  In addition to serving as an officer and sitting on the board of Directors for the company, Adria oversees AudioScribe’s Education and Special projects divisions.  Adria creates all certification exams and supervises the certification program.  She also serves the customer base as a third line support technician.  Adria has authored documentation for AS products since AudioScribe’s inception in 1997 and continues to work with Michelle Guilbeau in authoring current manuals and FAQs. Adria also serves as the liaison for AudioScribe’s military customers. She has trained people in the use of windows-based applications including word processors, graphics programs and presentation applications for 25 years and has devoted her life to working with, assisting in the development of and instructing others on cutting-edge technology.  She has trained people in the use of various AudioScribe products, Dragon NaturallySpeaking and IBM Via Voice for over 20 years. Adria also developed the AudioScribe Continuing Education Portal along with many of the courses.

Outside of her duties in the office, Adria often performs demonstrations of the product, makes convention appearances, speaking appearances, remote training sessions and seminars.

Adria holds a Bachelor of General Studies from the University of Louisiana with minors in English, Spanish, and the Visual Arts. 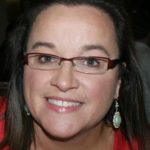 Michelle Guilbeau joined the AudioScribe team in October 2000 as a support technician.  She brought with her over 10 years experience in the software/technology industry and worked her way through the company before settling into her current position as Vice President.

Her current duties include:  sales, support, web content, documentation, hardware setups, and more.  Outside of her duties in the home office, Michelle often performs demonstrations of the product, makes convention appearances,  and assists with remote training sessions and seminars.  She is also Certified Partner with Nuance for the Dragon NaturallySpeaking product line and participates in the beta program for Dragon.

Michelle had two daughters, one son and three grandchildren.  She spends her time spoiling her grandchildren, traveling and scrapbooking. 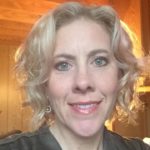 Liz Duhon joined the team in January of 2016 as Controller. She has over 25 years experience in finance and working with family.

Liz is married to David and has four sons, one daughter and two grandchildren.  She spends her spare time golfing with her husband. 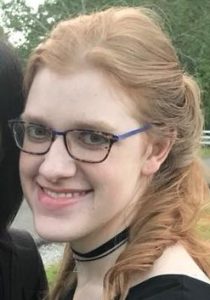 Ellie Johnson is our part time scanning clerk.  She has worked for AudioScribe for over five years.

In her spare time, Ellie sells Scentsy and spends time with Lucy her service animal.